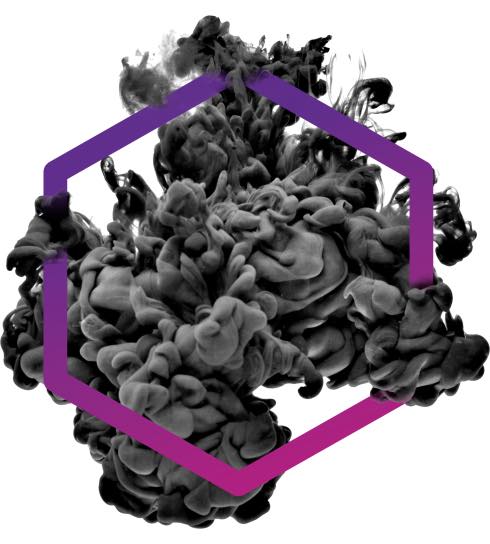 The Dark Side of Digital (Radio column)

This article is complementary to our column on the Québec Réveille radio show on CKIA hosted by Marjorie Champagne.

The history of social networks began with good intentions, the one and only goal was to be able to connect people more easily to each other and to facilitate contact with loved ones. Facebook, for example, was initially created only for students at Harvard University, but was later democratized.

The innovations that led to the dependency and the main excesses that social networks are accused of were created with purely recreational purposes and not by a desire to monetize. The "like" of Facebook was created during a hackathon where no one had to leave the table before having a revolutionary interaction system created, the twitter bubbles were made to exchange on very precise subjects, and finally the "infinite scroll" popularized on instagram was created to not miss anything to share with one's friends and family. However, all her inventions opened up a Pandora's box and gave rise to problems of self-esteem, the culture of influence, giving a voice to dangerous small groups, and finally the important dependency among users… Basically, the social networks were all based on good intentions. They wanted to allow people to stay in touch, to share, to talk, to enrich themselves, to inform themselves, etc.

Even if the primary goal was not to monetize the platforms, it was inevitable. The way our economic systems are built makes it far too important to list one's social network on the stock market. The monetization of platforms has revealed the dark side of social networks.

Once this transition was made, all that was left to do was to automate and create algorithms to ensure that users became addicted to the internet. However, social networks were only the catalyst for human behavior that already existed, hatred, narcissism, harassment and intimidation already existed. However, under the cover of anonymity the spread of all this violence was accelerated and normalized.

The advent of e-commerce and the ease of access to information on the Internet has created a common misconception that money on the Internet is very easy to obtain, whether good or bad, ethical or unethical, some people are only attracted by the lure of gain.

With Capian, we support, accompany and encourage companies in their digital transformations. We think we know the internet globally, but it is only the visible part of the system, when we approach the hidden side we see all the complexity of the digital transition process.

Questions often revolve around visibility, how to increase the conversion rate, or how to monetize the system even more. But very few people are interested in user experience, usability, or how to make life easier for the user. The adage that the customer is king is also valid online, so we need to succeed in creating a conversion-friendly environment by first thinking about user-centric digital design.

Users of social networks are aware of the nuisance they bring to human behavior, but not everyone is concerned about it because they are attracted by the lure of gain. Networks are free, so you are the product. The real problem is the way Facebook's monetization algorithm works, it creates a vicious circle by making the more companies invest the more users see content, therefore the user becomes predictable and doesn't really have free will anymore, the platform dictates what he should see. By investing in Facebook whether it is by paying for visibility or by buying shares, one expects to get a return on investment. To be able to satisfy the needs of its customers (and not those users), Facebook acquires an astronomical amount of data that allows targeting and anticipation of the user's actions. The use that Facebook (and more generally the GAFA) make with big data are the real danger of social networks.

Towards a fracture of humanity

It's like we're in a science fiction movie where machines have taken control of mankind. It's rather dystopian, but it's not that far from our reality. Long before Donald Trump and long before fake news, we could already foresee disasters related to social networks. Today, with the large influx of new members on platforms and algorithms that are developing at high speed, we are witnessing the beginning of the end.

The hold that social networks have on people looks like a bad son of dystopian science fiction, but reality is not so far from that. The advent of characters such as Donald Trump who have been partly elected thanks to social networks, and the advent of fake news, are just two of the countless problems caused by social networks. As more and more new members join the platforms, the algorithm continues to feed itself with more and more information in order to provide more and more sophisticated targeting for the clients of its platforms.

With other consequences such as the polarization of social, ethnic and political groups, the situation is starting to become difficult in the sense that it is increasingly difficult to talk to each other, to get along and especially to understand each other. Algorithms show us this. Fractures are increasing all over the world. The more we consume a type of content or discourse, the more it is presented to us and the harder it is to change our opinion, because we don't see any other type of information, we can say that social media promotes in a sense misinformation and ignorance. Each individual is today limited to his own reality and doesn't have to search anymore to be interested, Facebook for example knows you better than you know yourself, it knows what you want before you even think about it, if we don't change the way we use our social media, the end of humanity is much closer than we think.

Now what do we do?

To be able to "save" ourselves, we have to limit social networks as much as possible, the ease with which we access social networks is the primary reason for the problem, for anything else that is harmful to our health, there are constraints, if we want to gorge ourselves on cake, we have to go to the supermarket, however if the desire to not go to the supermarket is greater than the desire for cake then we will stay at home. But social networks are within arm's reach, no constraint is visible when we want to go to its platforms.

The access has been so simplified and the user experience so much worked that the only way to slow down access to these networks and to put your own barrier in the use of your own phone, for example put a password on your phone, or limit the use of the internet, the ways are diverse and varied for the same purpose which is to reconnect with the real world.

The data collected by Facebook is multiform, the site can collect your research, political opinions, messages, your most intimate thoughts, desires and fears and all this with your consent. Internet is a place of exchange, sharing rebellion and liberation, on the internet we make friends, communicate with our family, we politicize, cultivate and inform ourselves. However, social networks deprive us of everything and lock us in a circle of people who look like us, who have the same ideas as us. Today the internet is an integral part of our lives and it is on the internet that we form our personalities, our experiences, our conscience and our values. The internet is a free world where social networks are a prison, but what freedom is left if our data is controlled, stored and analyzed?

❤️ For a better world turned towards humans Laure Gabrielle