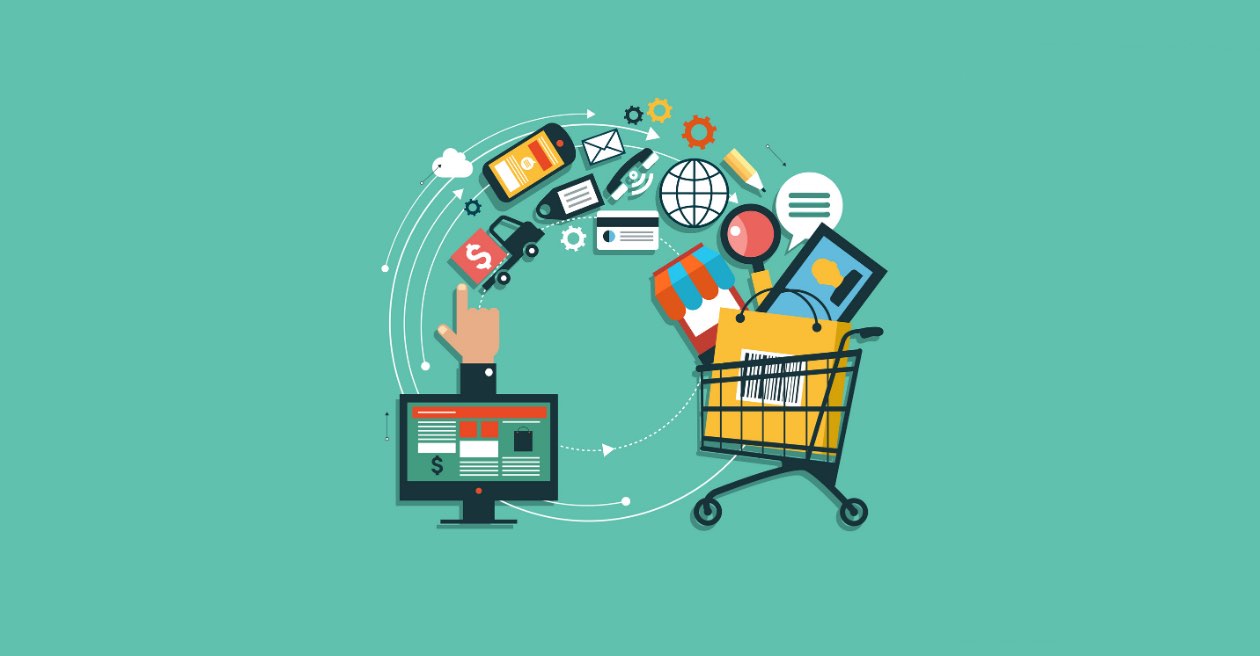 This article is complementary to our column on the Québec Réveille radio show on CKIA hosted by Marjorie Champagne.

Last spring, the Quebec government announced the Blue Cart. This is an online marketplace that allows Quebec entrepreneurs to post their products. As soon as it was launched, there were already questions about its relevance. Many e-commerce experts already found the site rather useless, because the platform does not support payments. The only way to buy online and be redirected to the website of the brand offering the product. In the end, the blue basket is a marketplace without being one.

An archaic and useless system

Instead of creating a platform, the government should have subsidized companies to develop their online business and help them get operational. The expertise of delivery, of operating an e-commerce, the supply chains and all that results from it, are knowledge to be developed to ensure a certain autonomy of Quebec.

The real problem of the blue cart beyond its lack of deep reflection to highlight real opportunities where change and new ways of doing things reside for both consumers and merchants, is a missed opportunity to tangibly help micro and small businesses in Quebec in the digital shift. Consumers have been on the Web for more than 10 years. Today, we are witnessing a hypergrowth of this consumption, which is moving from physical to virtual (online).

Even more online than in store, the customer must know where to go instinctively and his path must be structured and facilitated. By going through the blue shopping cart, we only add an intermediary between the customer and his purchase, which is a major obstacle to conversion. Instead of creating a catalog, the government should have subsidized companies to develop their online business and be able to afford to finance this shift that should have been done before. Once again, it's a plaster on a wooden leg, at taxpayers' expense.

While the Blue Cart is receiving more criticism than compliments, especially because of the hundreds of Chinese and European products on the platform, the Minister of Economy announces that he "dreams" of seeing the Blue Cart on Amazon. It's the kind of announcement you'd expect to find on a page of satire. Does the government know about Amazon's practices? Does it know its philosophy? Obviously not.

The Blue Cart is criticized by the Canadian media, first, because its uselessness is blatant, and second, because the hundreds of Chinese and European products on the platform are reminiscent of the e-commerce techniques used by some on Amazon. Mr. Fitzgibbon would even like to ally himself with Amazon to be able to offer a demarcation of Quebec products on Jeff Bezos' platform. The government should act for the public good, the habits and customs used in Amazon's warehouses are at the limit of human rights, a Minister of Economy who should, perhaps, be more aware of this issue.

A nice parody during Radio Canada's [Bye Bye 2020 of the Blue Basket] (https://ici.radio-canada.ca/tele/bye-bye/2020/segments/capsule/337672/panier-bleu), it obviously did not go unnoticed.

Mr. Fitzgibbon certainly believes that partnering with a large multinational corporation will allow local entrepreneurs to carve out a place for themselves on the international market. But partnering with Amazon is probably the worst idea ever to encourage local artisans. Jeff Bezos is clear about his intentions. They're looking to take all the markets by all means. As soon as a product works on Amazon, the company negotiates the margins so that the supplier's profits decrease more and more. If the supplier refuses, Amazon removes the "buy" button and declares the product "out of stock". The supplier then sees its revenue not diminished by a lower margin, but cut off overnight.

You can even get to the point where the supplier is in deficit and has to close down. No matter what, there will always be new products and more profits to be made on the backs of the companies. Many small businesses have been trashed by Amazon. They had to sell at a loss to get their offers accepted by the company. Amazon is in fact a monarchy that cedes part of the kingdom to the merchant. Amazon "lends" customers as a sovereign lends agricultural land. Is this what we wish for Quebec companies? Do we "dream" that they are in the pay of Jeff Bezos?

Why sell at a loss for Amazon?

One might think that the companies that were "vampirized" by Amazon just had to refuse the conditions. The problem is that Amazon doesn't apply practices that put them under pressure from the start. They wait for products to become highly popular. A company that gains popularity must necessarily increase its inventory. This is the principle of supply and demand. Companies have built up large inventories of products that they must sell in order to avoid bankruptcy. They are then forced to turn to Amazon. If, overnight, your buyer (Amazon) tells you that he no longer wants your products unless he cuts the price in half, will you agree not to sell and make no profit or will you prefer to get stuck with the merchandise and go bankrupt? No one really has a choice but to comply with Amazon's policies.

All the companies had to do was refuse the conditions, you will tell me? Well it's not that simple, the main problem is that Amazon enforces these practices by putting companies under pressure, once the product has become popular and is well in place, Amazon intervenes at that point. Once the companies are well established in their markets, and they start to accumulate stock, Amazon intervenes and asks them to lower their prices. The only possible and expected response from Amazon is to accept the price drop, otherwise you end up with a stock on your hands and you lose a big customer. The impact that Amazon can have on companies is enormous. Mr. Minister of Economy does not seem to be aware of Amazon's practices.

What about Amazon's ethics?

In addition to adopting anti-competitive business practices, the company has a reputation for creating inhumane working conditions in several distribution centers. Amazon has lied many times about employee safety. Reports show that there has been a marked increase in workplace accidents in robotic warehouses. Yet Amazon maintains that robots are beneficial to workers. Do we really want to encourage this? The Quebec government should not normally want to partner with a multinational company whose main interest is profit without concern for human beings. Amazon is not only known for neglecting its employees. The organization is also known to massively pollute the environment, at a time when the Legault government wants to be greener, so the association is unwelcome. Humanity is in a major economic crisis and the company allows itself to destroy unsold products.

Usually destruction is not an option, people selling their products on Amazon can leave their stock in Amazon's warehouses to ensure delivery within 24 hours, however if the stock is not sold out in time, storage rates increase significantly and can reach up to $1000 per month. At that time the company has two choices: either pay for the storage or leave the merchandise to Amazon who will proceed to its destruction. The most shocking thing that demonstrates the ultra-capitalist side of Amazon is that the organization gives the unsold "Amazon Basics" to charity, but when the products come from third party vendors they are destroyed.

In January 2019, the company was singled out for destroying new products that are stored in its warehouses. Today, the multinational company no longer destroys unsold products in the United States and the United Kingdom. But everywhere else, it still seems to be a common practice.

Why give the Blue Cart to Amazon?

On a purely strategic level, donating the Blue Basket to Amazon is an excellent idea. The company has the infrastructure, knowledge and resources necessary to make the Quebec market shine. But the problem comes from the fact that Amazon is Amazon, the fact that the organization is unethical practices whether it is on a human or environmental level does not allow a government organization to have an alliance like this, Quebec is full of experts of all kinds who have the ability to enhance the Blue Cart.

First of all, the government should make public the data on the actual performance of the site. This would be a proof of transparency and the undoubtedly poor performance would make it possible to launch a real dialogue between the various key stakeholders. There is a clear need to improve the system. But if we are told over and over again that everything is going well, we are holding back progress. There are a host of experts in Quebec working in the fields of the Web, e-commerce, digital strategy and digital marketing. However, very few experts have been consulted. Where is the needs assessment, user surveys, polls, interviews, help and support, etc.?

The Blue Cart was developed and launched very quickly, in a hurry to propose a solution for Quebec companies to counter the covid-19 crisis. The creation of a Blue Basket study committee would make it possible to bring concrete and quick solutions to improve the system.

With regard to infrastructures. The government could use the Canada Post network to have distribution centers throughout Quebec. With warehouses, The Blue Cart could, like Amazon, allow sellers who do not have an e-commerce solution to sell their products online directly on the platform, we would then move to a real marketplace rather than a simple catalog. This would have a direct positive impact for small merchants and for the users of the site.

Wanting to see The Blue Cart at Amazon demonstrates the government's pain in implementing its digital projects, and its lack of vision and leadership. The industry represents nearly 25% of Quebec's overall GDP, so we must take it one step at a time and invest in the production of goods made on Quebec soil. What choices do we have to make for the future of Quebec businesses? Certainly not to sell them to Amazon. We have a lot of talent in Quebec. We have an incredible geographic location, an opening to North America and Europe. Let's take advantage of this to sell our products around the world and promote Quebec innovation.

❤️ For a better world turned towards humans